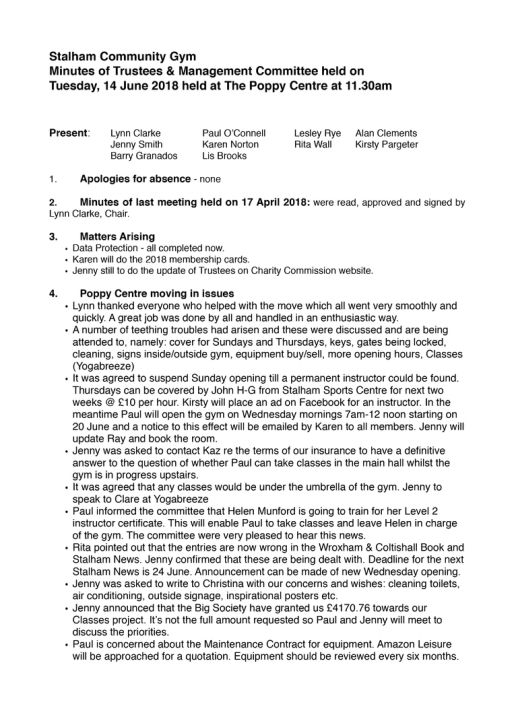 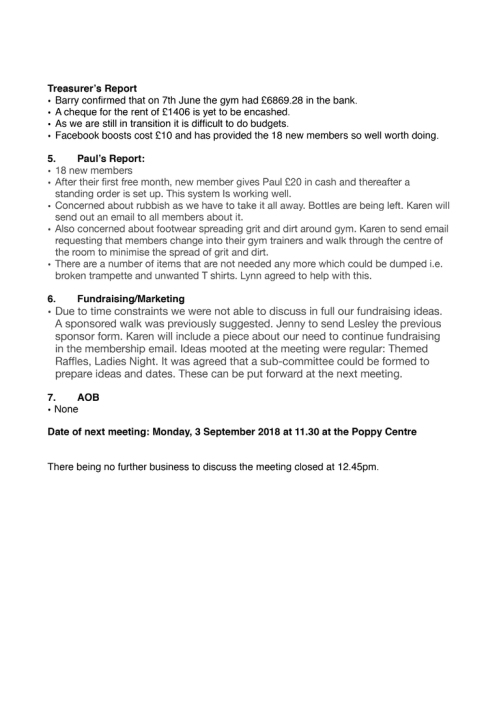 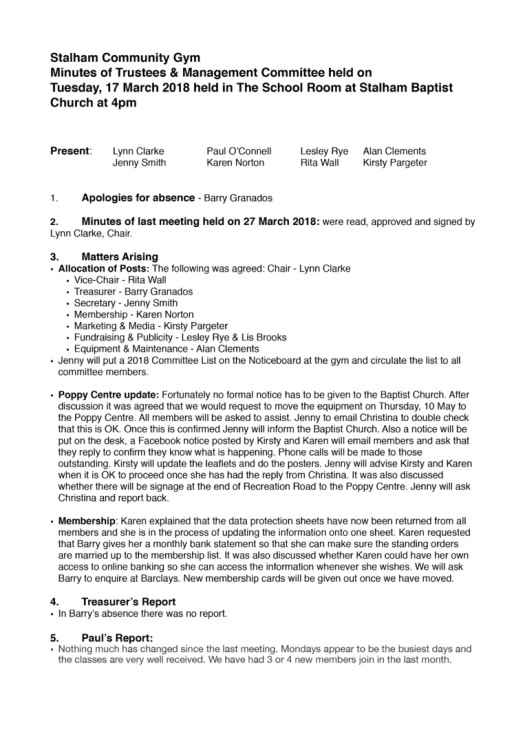 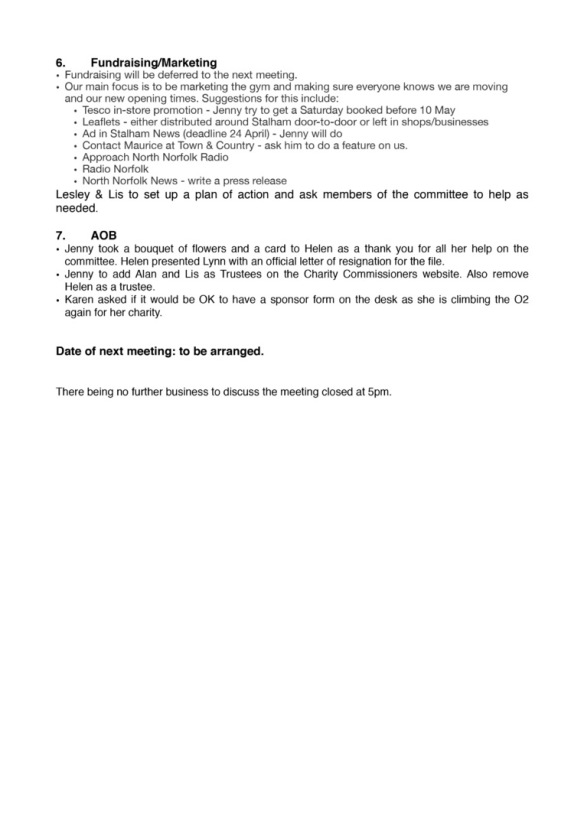 Minutes of last meeting held on 17 September 2015: were read, approved and signed by Lynn Clarke, Chair.

Date of next meeting - Thursday, 14 January at 11am at Baptist Church

There being no further business to discuss the meeting closed at 12.40pm.